Click here to join my newsletter and receive your complimentary gift

My Experience with Fertility Healing 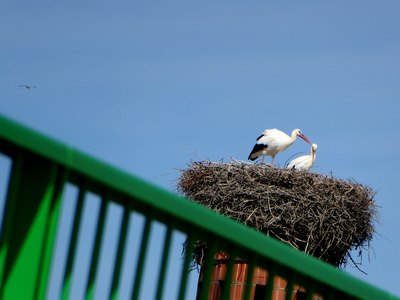 My Experience with Fertility Healing: Listen to Four Women’s Stories

For thirty years, I have worked as an ‘intuitive’ and allowed my capacity to feel inside others’ bodies to guide me to a deeper understanding of health, relationships, financial challenges and more.

I have used this same intuitive ability to connect with babies before they are born, to ensure that they feel loved, and are able to come into this world truly embodied.

Sarah was the first woman who asked me to intuitively explore if there was anything unconsciously obstructing her pregnancy.

When Sarah contacted me to help her conceive a child after several years of trying, I approached our session as I have done every birth intuition session for 27 years – ready to allow intuition to guide us to some answers.

When connected to her intuitively, I heard Sarah’s first comment: “I don’t want a baby”. Then she showed me why. She drew me immediately to a cellular memory of her own pre-birth experience in which she felt virtually no connection to her mother and felt very alone and unsafe.

Sarah ‘just knew’ that this was true and started to cry. After five sessions of working through the pain of her pre-birth experience and how this trauma had played out in her life, we both sensed her baby was near. Ten days later, at a time that she felt she ‘never should have become pregnant,’ she conceived a little boy.

Soon after speaking with Sarah, a woman in Europe asked for help. There was no physical reason why she was not conceiving a child, her doctors said. She felt there must be some other explanation.

When I connected with Ann, I was drawn to the unmistakeable signs of sexual abuse in her body. She then shared the story: when she was nine, on many occasions, her piano teacher had abused her while she sat next to him practicing her piano lessons. She told no one. Her mother, whom she loved dearly, had died suddenly, and she did not want to burden her father.

It took three sessions to unravel the pain, and then she gathered with her loving father and family and shared the story. Their love and support broke her heart open, but she still did not conceive her child.

So I invited Ann to join a Powerful Intentions group. This is a group – free to all – whose participants (who come from all over the world) come together to send and receive powerful and heartfelt intentions. Each week, participants focus on the intentions of two women in the group.

When it was Ann’s turn to receive, she asked the group to visualize, feel and intend that she and her husband conceive a child. After the session, she wrote thanking everyone in the group for the outpouring of loving support, and then wrote us seven weeks later sharing the news that she was pregnant.

Lia, too, was a perfect candidate for Powerful Intentions. When she contacted me, all she said was that she had wanted to be a mother all her life, but did not know how this could happen since she was 49.

It’s true – we had no egg, no sperm and she had very little money – so I knew Powerful Intentions had to be part of our journey together.

She gratefully accepted the powerful intentions of women from all over the world to help create a successful embryo transfer – as she had found a donor egg, a donor sperm and received funding for IVF. She wrote these words after she received their intentions:

“I could never imagine until this very moment in life that love is everywhere and everything that matters . You can feel it no matter the physical distance. The embryo transfer took place a while ago and one perfect soul started the journey of life honoring me to be his or her mother…Words aren’t enough to express the feeling of that moment.”

Imagery is a strong part of the Powerful Intentions groups, but sometimes it is so powerful when used on its own.

After working with Elizabeth for several months, we knew she was ready to conceive, and, in my heart, I did not believe it needed to be through IVF. Then I remembered that twice she said her partner had ‘slow sperm’. I was curious as to why it was slow. I asked if he would be willing to let me connect with him intuitively, and he agreed.

It was easy to find one non-physical reason for the slow sperm – this man had great guilt stored inside his tissue. He was feeling guilt for some adolescent pranks that were upsetting to his family years before. He was actually punishing himself in countless ways, including making sure his dream of being a father was never fulfilled. I asked this man to visualize himself as a father, holding his baby in his arms, and passing through any guilty feelings that arose. And he did.

Two weeks later, this couple was ready to start another round of IVF, but I sensed that they were already pregnant, and this was true. After years of trying, they conceived their child hours after this baby’s father spent time visualizing his child in his arms and releasing any guilt that came up along the way.

It is so easy to compartmentalize infertility – to see it as entirely physical or entirely non-physical. In my experience, it is often both.

The physical explanations of infertility often are completely intertwined with the non-physical (with the realm of emotions, thoughts, and one’s relationship to Spirit, or to what is Greater than oneself). And so the unraveling of infertility can become a profound and healing moment in one’s life.

This occurred with my client, who has tried for eight years unsuccessfully to conceive a child. When I first spoke to her, she was both quite desperate and depressed. By the end of our time together, she said simply:

I have a lot of love to give

The world needs a lot of love

Even if I don’t have a child, I will find a way

to give my love to the world.

How to Book a Session with a Infertility Intuitive

You can book a session or arrange a complimentary chat via my website. I’ve answered a number of frequently asked questions here, including prices. However, if you do have any more questions, I’d be more than happy to help.

If you’d like to know more, or if you’re still considering if a reading is a good choice for you, take a listen to my little summary: